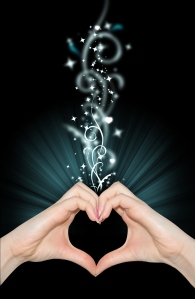 When people think about spirituality they often think of it as separate from real life.  A connection you make in meditation, a theory you study, but not something that reaches into each and every corner of your life.  Nor do they think about real life as something that needs spiritual thinkers, taking part and speaking up, in every single aspect of our day-to-day existence.  That begs the question:

If you’re trying hard to find a better way of being and acting, why would you not want to take that into every area of life?

“We are far more united than the things that divide us.”
Jo Cox MP

I’ve chosen politics as an example of bringing spirituality into every area of life, and Jo Cox because she was known to have an inclusive and humanitarian attitude.

Many people shudder at the idea of politics.  Many people hide from it.  Many would argue that it’s one of the least spiritual examples on the planet.  But it shouldn’t be.

If we don’t take the good in life into every area of life, if we believe in something good and we don’t talk about it, take action on it, and generally live it, then it’s nothing more than a good idea and abdication of responsibility.

Politics affects every area of everyone’s life in this country and others, from security to health, from crime to wages, and so on.  It affects you personally from the day you’re born until the day you die, at every single age and stage of life.  There is no area more needful of decent people who believe in the higher good of all and don’t believe in perceived, created, divisions, than politics.  Spiritual people belong right in the thick of it!

Not wanting to spend too much time in that danger zone, I’ll move swiftly on and ask you to think about being a spiritual person rather than believing in spirituality, or a spiritual life.  No I’m not asking for miracles, for perfection (we’re all work in progress), for swishy fabrics or dozens of silver bangles.  All I’m asking is that good people grow and demonstrate their beliefs, because..

This world needs us, the future needs us, and
the children, elderly, disabled and disenfranchised need us as never before

One thought on “All Encompassing”